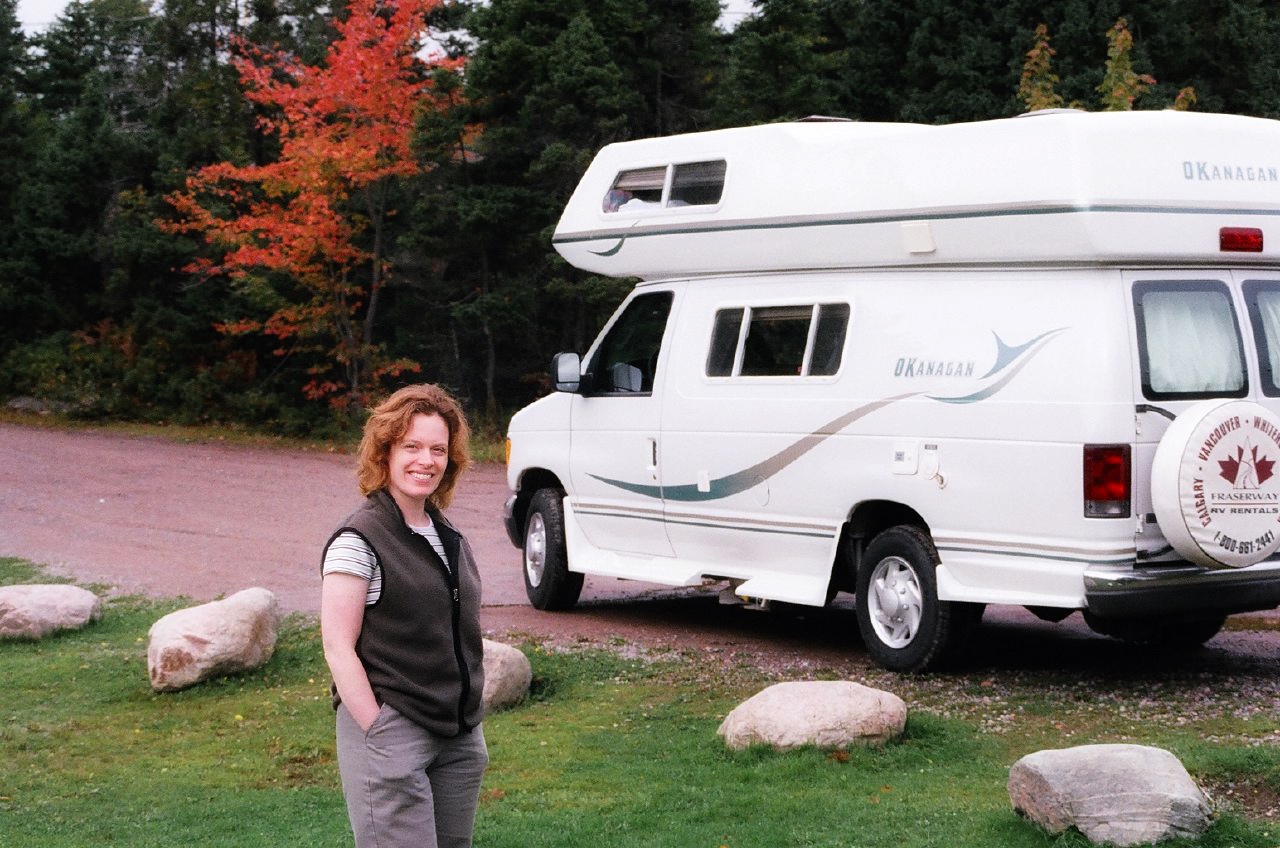 I used to scoff at people who “camped” in RVs.

There! I said it. I’m not proud of it, but it’s true. If you are--or were--a hardcore, backwoods-type of tent camper, perhaps you have done the same. I never expected to be writing about my first RV rental--especially since it implied there was a second!

At the time, I thought camping was about enjoying the outdoors. And I still believe that. But you don’t have to sleep within thin nylon walls to appreciate the wonders of nature!

Why did we move from a tent to an RV?

It was a gradual shift. One born of necessity.

In the fall of 2005, Colin and I were invited to a wedding in Halifax. Neither of us had been to the east coast since we were kids, so we decided to turn it into a vacation.

We had visions of travelling the Cabot Trail, staying in charming little bed and breakfasts along the way. But B&Bs weren’t as cost-effective as we’d hoped. Between flights, accommodations, food and miscellaneous expenses, this trip was going to bust our budget -- fast!

We needed a plan B.

Camping came to mind, but tenting in Cape Breton in mid-October temperatures didn’t sound appealing. And the list of gear we’d need to bring on the plane seemed daunting.

“How about renting an RV?” suggested Colin. There were so many advantages!

We rented a little van conversion, perfect for two.

As expected, the weather was less than ideal for most of our week-long trip. But, we didn’t care!

There was one campground in particular, just outside of Cape Breton Highlands National Park. We pulled in and it was pouring. Like tent-sitting-in-a-pool-of-water, can’t-see-the-campsite-across-from-us type of pouring.

It took less than two minutes to hop out, plug in the van, and connect the water. Then we cooked up an amazing meal of mussels and salmon while watching the rain stream down the windows from the comfort of our kitchen table.

Meanwhile, the couple camped across from us abandoned their soaking wet tents and retreated to the shower house for the evening! I think that was the moment I became an RV convert.

Important lessons we learned from our first RV rental

1. Travelling in a motorhome is loud 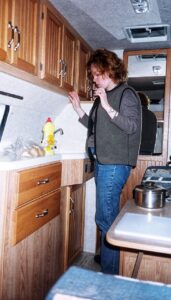 The dishes bang around, the oven door rattles, and anything not secured will roll around.

Dish towels were our best friends! We tucked one in the oven door to muffle the banging, and used others to kind of pad around things in the cupboards.

This particular trip started with a two-hour flight, so we did all our grocery shopping after we reached our destination and picked up our rental RV from Fraserway RV in Halifax.

Fortunately, we thought ahead and packed things like spices we use regularly and condiments that didn’t require refrigeration. Not only would it be expensive to buy all of those things at once, but we also wouldn’t use them up in a week and would have to lug them back home or--even worse--throw them away.

3. It will take longer than you think to get from Point A to Point B

Driving an RV--even a little van conversion like the one we rented--is not like driving a car. You won’t be doing 120km an hour! Slow and steady is the best way to minimize rock and sway and maximize fuel consumption. 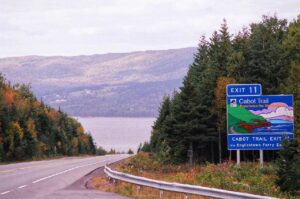 Plus, you’re on vacation, so hopefully, you’re taking the scenic route! You may find, as we did in Cape Breton, that the roads aren’t as well-maintained as you’re used to, and you never know when that next pothole or dip in the road will come up. And if you find a beautiful vista or cute little picnic spot over that next hill, you’ll want to be sure you’ve budgeted time to pause and enjoy.

Several years passed before we camped in an RV again, but that first trip definitely set the wheels in motion (pun intended) for future RV camping adventures.

What did you learn on your first trip? 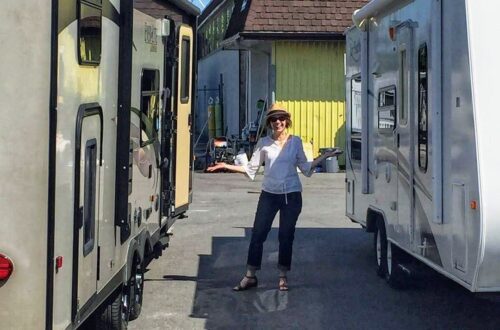 6 questions to answer before your first RV rental